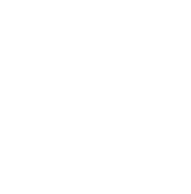 President Renato A. Venturini is an aviation expert in multiple areas of aircraft ownership and operations. He is uniquely qualified to provide expertise on maintenance and aircraft sales and charter. He owns, flies and maintains his own aircraft, as well as overseeing the Tavaero Jet Charter Corporation fleet. He has been involved in commercial and private aviation for more than 35 years. From his start at Transtar Airlines to his position of President at Tavaero Jet Charter he has been involved in every facet of operations, including but not limited to aircraft maintenance, operations, acquisition and sales.

His enthusiasm for this industry is only exceeded by his love of flying and maintaining his Cessna 182. He epitomizes the spirit of TEAMWORK at Tavaero Jet Charter. The Tavaero culture of teamwork and team spirit really does start at the top.

Marcela White has been in the aircraft charter business for 30 years.